A small proteomics-focused group evolved in 2002 as a part of the Laboratory of Biochemistry and Molecular Biology of Germ Cells at IAPG AS CR in Libechov. As the group’s focus shifted from proteomic studies in the field of reproductive biology into neurobiology and cancer research, independent Laboratory of Applied Proteomic Analyses (LAPA) was established at IAPG in 2013 as part of the PIGMOD Centre. In 2017 LAPA merged with the Laboratory of Tumor Biology.

The current research in LAPA is focused on two main areas:

These two research areas are connected by a common methodological approach based on the study of cell populations, their proteomes and secretomes using both antibody dependent and independent methods, including immunocyto and histochemistry, flow cytometry, multiplexed immunoassays and mass spectrometry based proteomics. Other common area is the use of miniature pigs as model animals, with minipig transgenic for fragment of mutant human huntingtin used as a HD model and minipig breed with hereditary malignant melanoma used as a cancer research model. 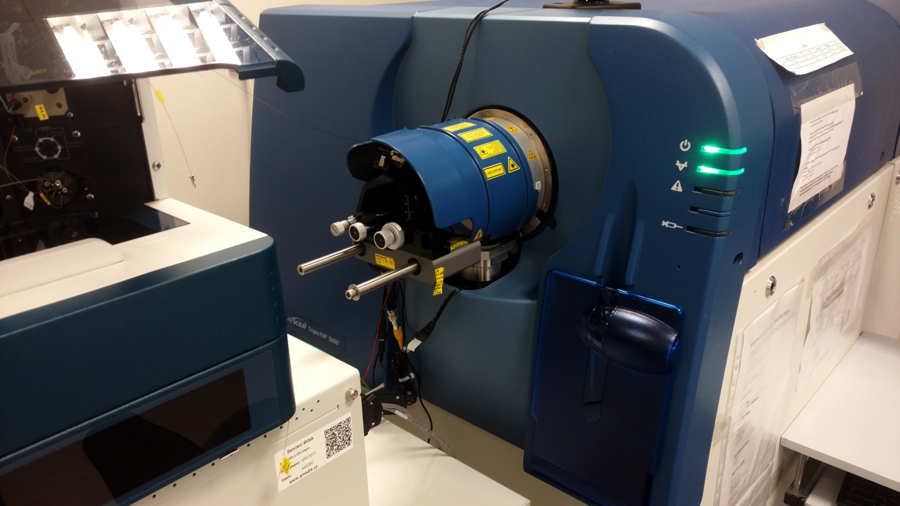 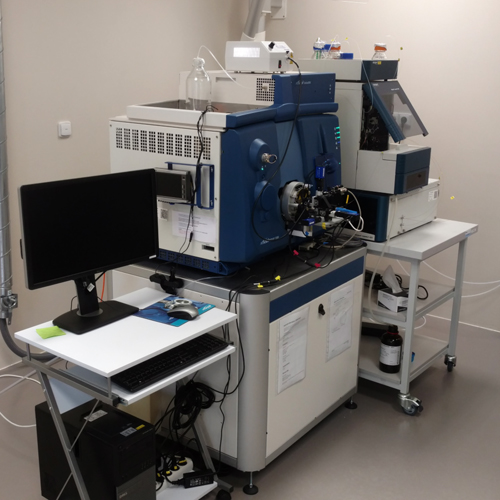 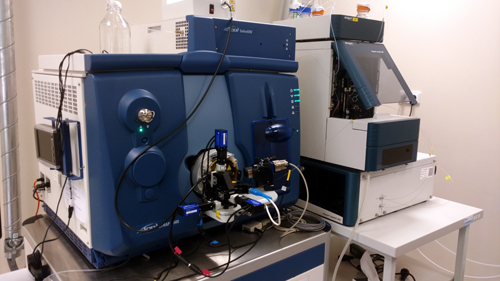 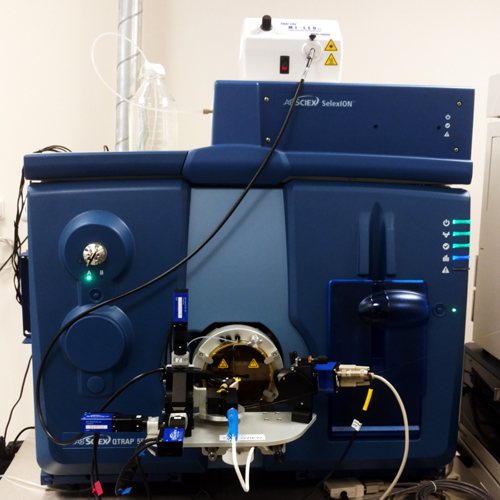 Huntington’s disease (HD)
Huntington’s disease is a hereditary neurodegeneration with an autosomal dominant inheritance. Mutation in a huntingtin gene leads to the expansion of CAG triplet, encoding the extended stretch of glutamines. This leads to huntingtin protein aggregation and cellular toxicity, mainly in the medium spiny neurons of striatum.
Using transgenic minipig model of Huntington’s disease, we are studying changes in protein levels connected to the disease progression. We hope to uncover changes that could contribute to better understanding of HD pathogenesis and potentially serve as biomarkers of disease progression or efficacy of new therapies. Special focus is thus on identifying protein alterations in blood plasma and cerebrospinal fluid and to immune response changes, including complement system and cytokine analysis.
We are also interested in the mechanism of mutant huntingtin toxicity and potential involvement of autophagy in HD pathogenesis.

Neural stem cells
Neural stem cells represent both a potential source of cells for cell replacement therapies of the nervous system and a useful model for studying the process of neural cell differentiation during nervous system development.
We are studying changes in protein composition of cell surface proteins of the neural stem cells and their differentiated progenies (neurons, astrocytes and oligodendrocytes) with the goal to identify markers usable for specific sorting and selection of desired cell population. We are also interested in studying changes in composition of secreted proteins and exosomes and their role in establishing stem cell niche and directing the cell differentiation. 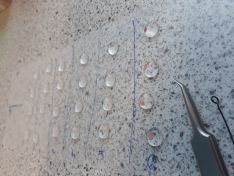 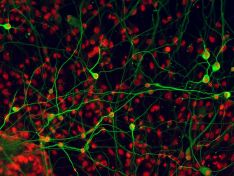 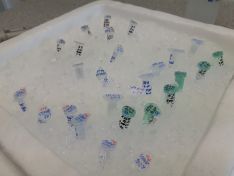 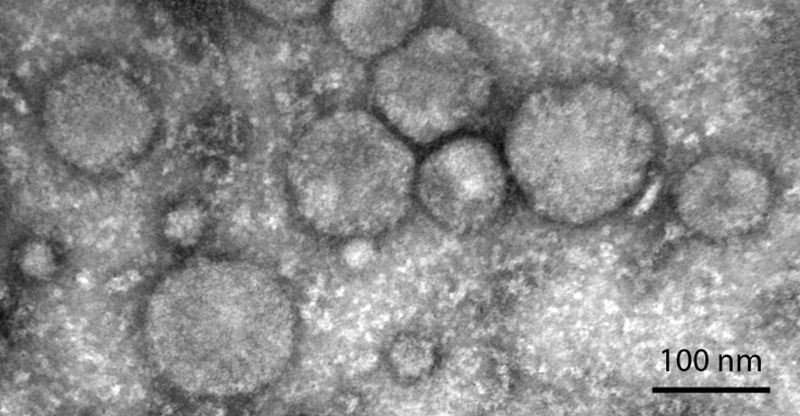 Melanoma, a type of cancer originating in the malignant transformation of pigmented cells – melanocytes, is one of the most problematic cancers in present clinical oncology. Its worldwide incidence in the Caucasian population is continually increasing during recent decades. Surgical removal is a standard treatment for localized melanoma, with high success rate. Surgery, chemo-, radio- and immunotherapy are all used in metastatic melanoma, but have usually low efficiency and the overall prognosis is rather poor. Suitable animal models for research of melanoma biology and potential novel therapeutic approaches are in high demand.

Using deliberate selection we established a strain of minipigs with hereditary melanoma (Melanoma-bearing Libechov Minipig, MeLiM). Multiple skin nodular tumors (i.e. the most aggressive form of melanoma) appear on the various parts of the body in about a half of the animals. A broad melanoma cell dissemination results in the numerous organ metastases. Histological, immunohistochemical and biochemical analyses clearly document malignant behavior of the MeLiM melanoma and its considerable similarity to human melanoma. Approximately 10-15% of minipigs die due to melanoma progression. The remaining animals show an activation of the anti-cancer immunity and spontaneous regression of the disease.

We study the mechanisms of this spontaneous regression and its potential implications for a clinical immunotherapy of melanoma. We are also interested in possible impact of microbiome on modulation of immune system and on cancer progression. Other area of the research is focused on mapping the distribution of metallothionein and metals in tumor tissue. In cooperation with group of Prof. Karel Smetana, 1st medical faculty, Charles University in Prague we study the cytokine levels in the serum of melanoma patients, with the goal to relate the state of patient’s immune system to cancer therapy response. 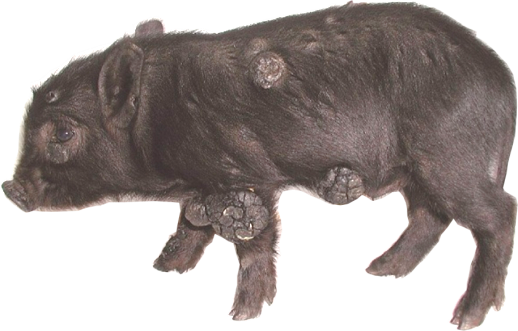 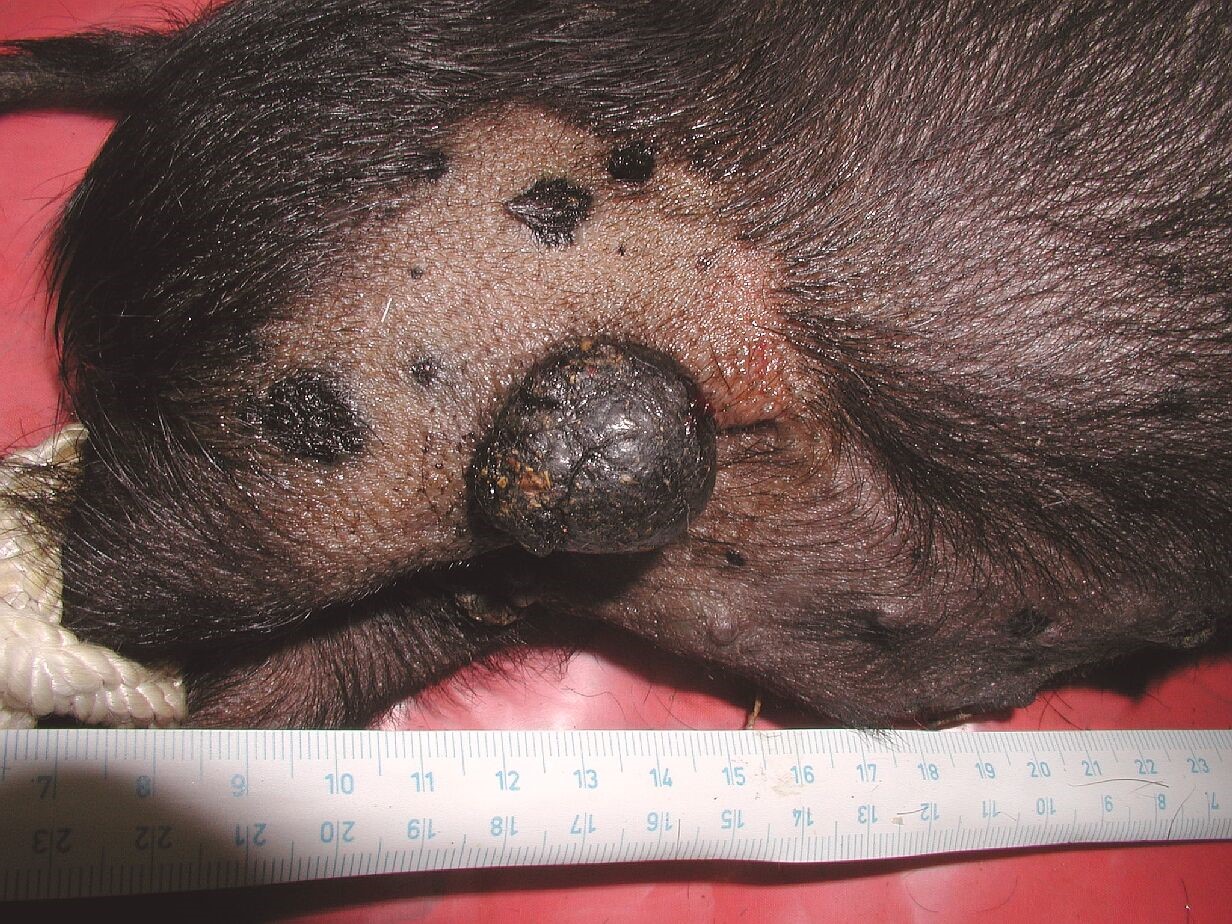 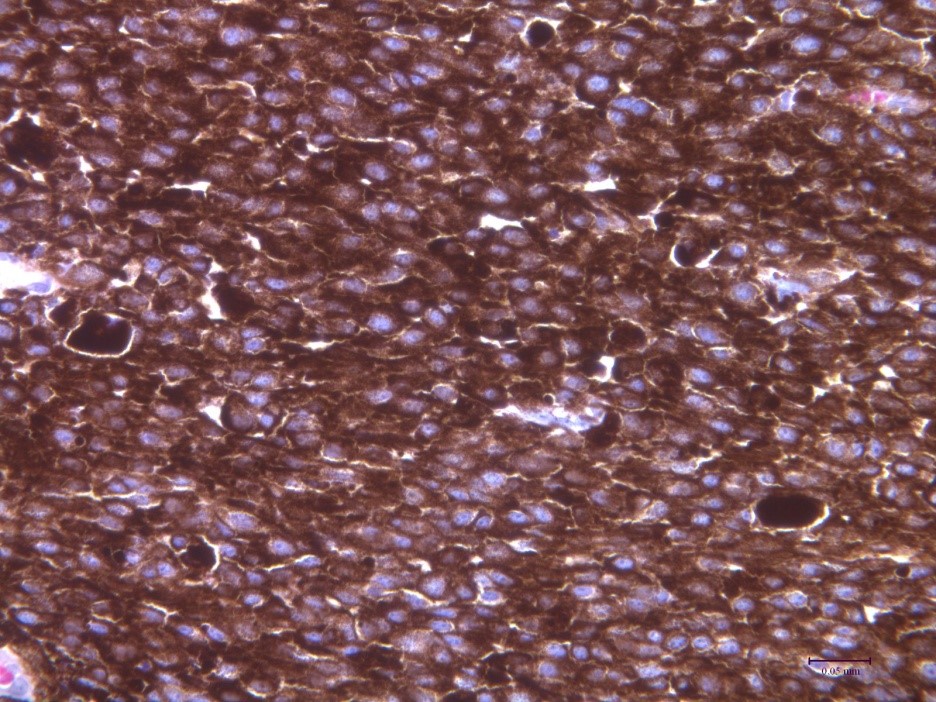 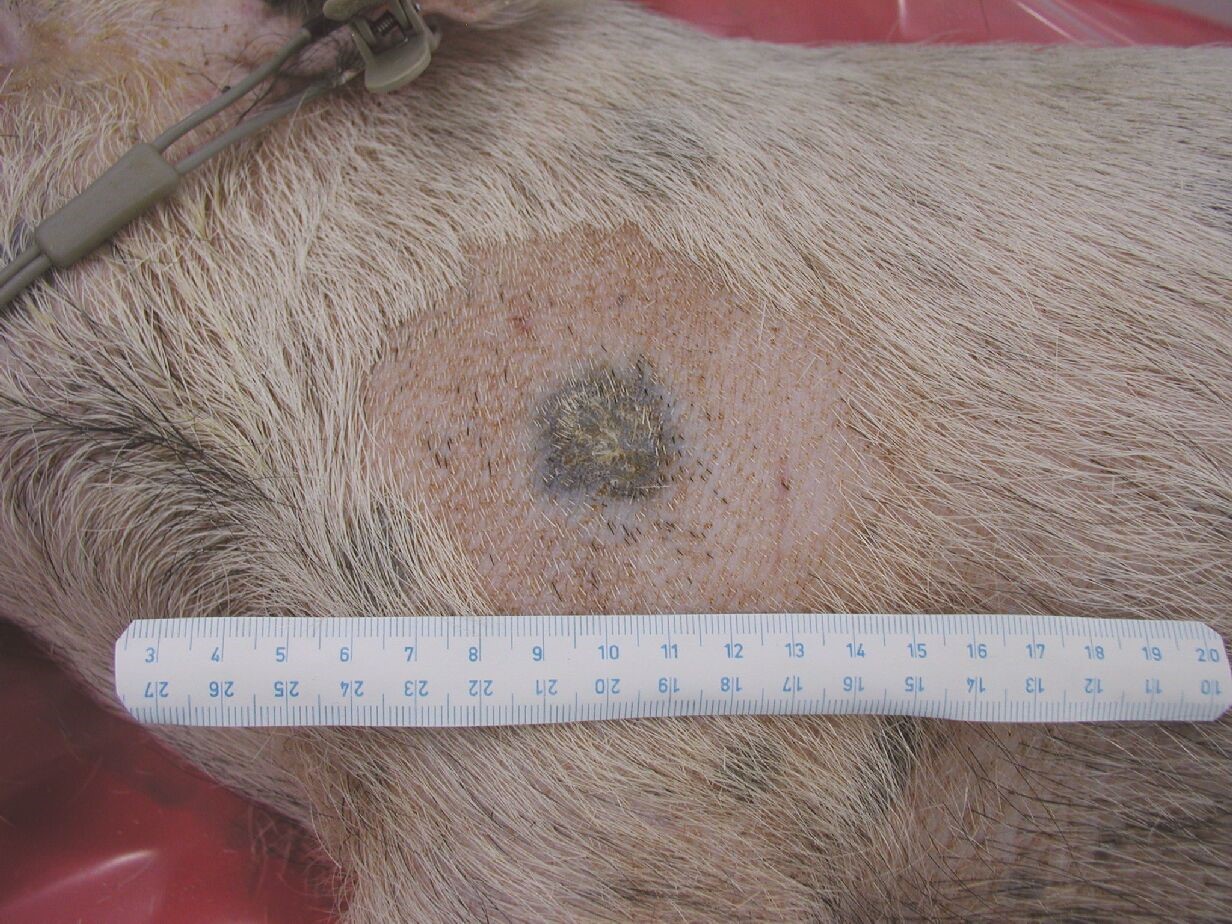 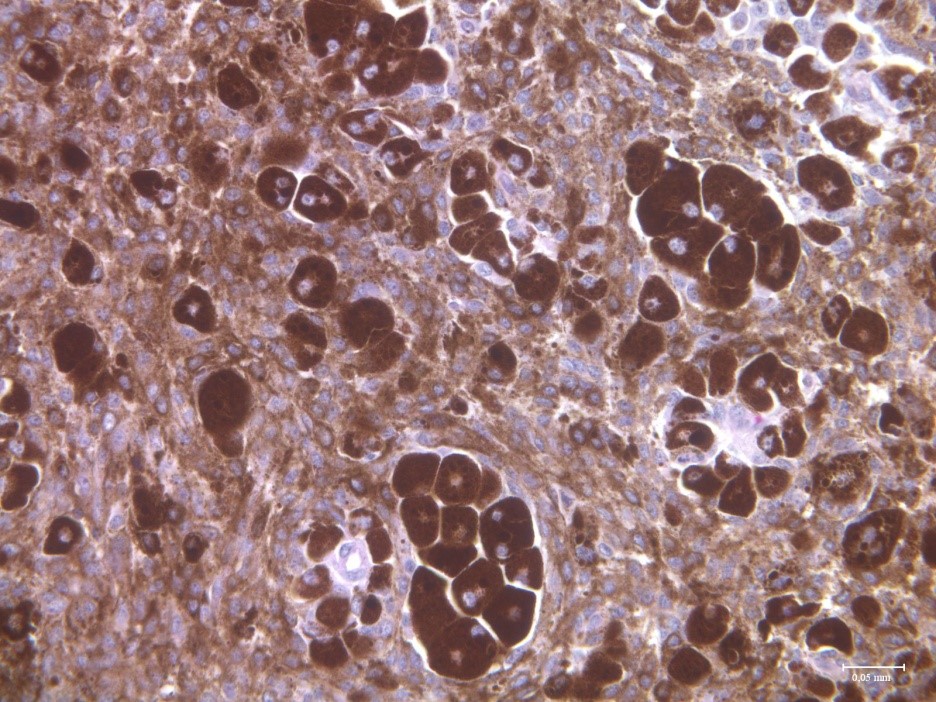