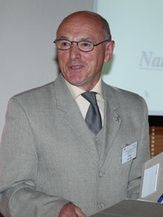 When Jan Motlík completed his studies at the Veterinary University in Brno and received a degree of MVD, he began graduate studies at the Institute of Animal Physiology and Genetics of the Academy of Sciences of the Czech Republic (ASCR).
He defended a PhD thesis dealing with the study of the process of fertilization in pigs.

As a research scientist, he devoted mainly to the growth and maturation of mammalian oocytes. In his experiments oocytes served as a model for studying general problems of the cell cycle.

His pioneering studies were rewarded by the Emil Přibyl Medal, twice he was presented with the Prize of the Czechoslovak Academy of and with the ARTA Award.

From 1990 to 1994 he was Director of the Institute of Animal Physiology and Genetics of the ASCR.

In 1992 he attained a degree of Doctor of Biological Sciences for a doctoral thesis in the field of general biology.

In 1994 he obtained university teaching qualification status by defending a thesis on the influence of the period of the growth and maturation of oocytes of mammals on their fertilization and developmental capacity at the Veterinary University in Brno.

In 1998 he was appointed full Professor in the field of the physiology of animals. He has contributed considerably toward the establishment and further activities of the Grant Agency of the Czech Republic.

In recent years he has been striving to introduce methods of molecular biology in his area of science. His laboratory also belonged to the Center of Cell Therapy and Tissue Repair. Research activity was focused to the porcine organ specific stem cells, mainly epidermal, neural and mesenchymal stem cells. The excellent results achieved with the minipig neural stem cells allowed him, in cooperation with the CHDI Foundation, to create the first transgenic minipig for the human mutated huntingtin.

He has established and works as a director of the PIGMOD Research Center at the Institute of Animal Physiology and Genetics. Research program of the Center is based on minipigs and transgenic minipigs that are used as a unique biomedical model of serious human diseases.